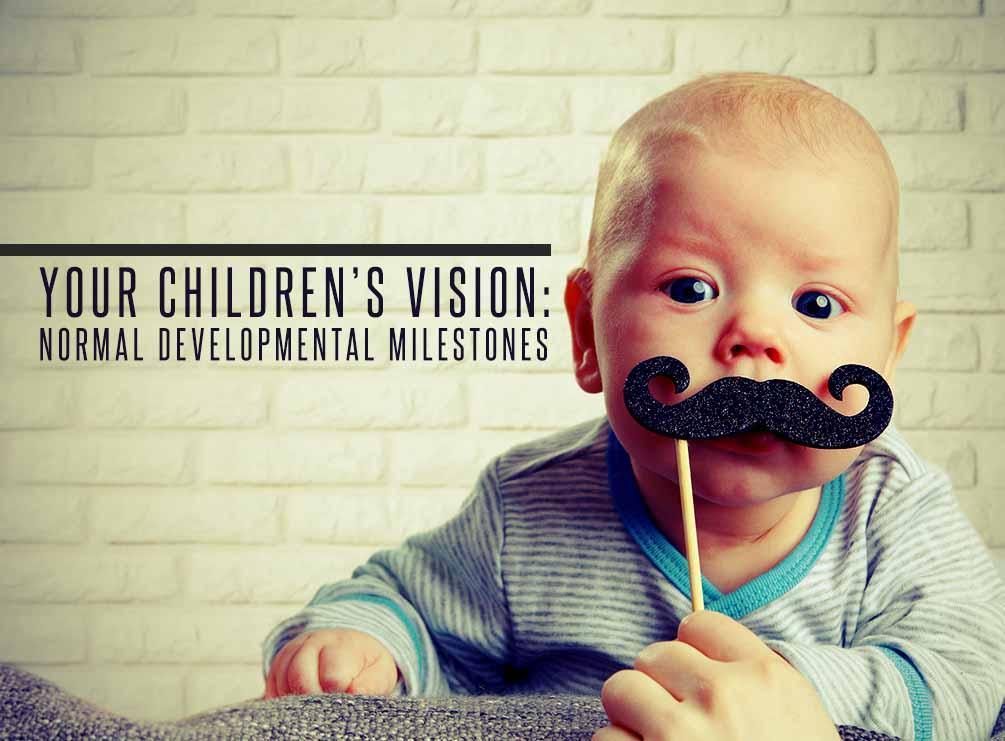 Newborns have small pupils that make them highly sensitive to glare. After a few weeks, their central and peripheral vision begin to develop. Once they turn two months old, their eyes may still appear crossed, which often resolves after a few weeks. During their third to fourth month of life, you may notice they are more responsive to visual stimulation. They can already focus on things, especially large and colorful ones, as well as track moving objects.

Your expert pediatric optometrist explains that children’s eye muscle movement, as well as their color contrast and depth perception abilities, are taking shape during this period. Their recall process is also gradually improving, allowing them to recognize your face. As they start crawling at around eight months old, continuous development eye-body coordination skills is expected as well.

Your baby’s final eye color should already be apparent by the time they turn nine months old. That said, it’s still possible to have eye color changes later on. At this age, babies also have a pretty good sense of judging distances, which may help them as they start grasping and throwing objects. This is also helpful as they learn how to stand and walk on their own.

By the time your children turn one or two years old, their eyes and various visual processes and functions should be well developed. You may notice they show increasing interest in exploring their environment, drawing familiar objects, and listening to different sounds. Since they primarily learn through imitation, we recommend having them undergo a comprehensive eye exam regularly to ensure continual monitoring of their eye health.